Study: How the ‘New Normal’ is Changing Cloud Usage and Strategy

As the pandemic proceeds, there may be numerous forms of the “new normal” that come to life as a result. The human has always been the focus of IT innovation – empowering us to be more productive, inventive, cost-effective, educated, connected. In these times, organizations, IT leaders, employees, customers, and partners face the challenges of remote work together. Snow surveyed leaders in the IT field to figure out what the reality of “new normal” is and how it might look like in the future.

Normally, increases in usage also indicate continued spend in those technologies. However, IDC’s forecast predicted that overall IT spend will drop by 5% in 2020, even though IT infrastructure could rise around 4% to $237 billion.

Snow`s survey polled 250 IT leaders from mid-sized and enterprise organizations around the world, and found that more than 80% have increased their overall cloud usage, with 60% noting that they believed this increase would continue and only 22% saying it had leveled out. While many industry sources have agreed that cloud has been a bright spot during this period, there has been some debate about how behaviors, use, and investment in cloud may play out in the long term as things return to normal. Findings suggest there is a growing trend to embrace cloud services whether infrastructure, applications, or security tools.

More than three quarters of IT leaders surveyed (76%) have increased their use of cloud platforms such as Amazon Web service, Microsoft Azure, and even private cloud. The spike is significant when compared to the increased use of collaboration tools like Slack, Teams or Google Chat (55%) and cloud-based video conferencing like Zoom, WebEx or GoToMeeting (52%).

While these figures still indicate an influx of usage around video conferencing and collaboration resources, which dominated early headlines on the shift to remote work, the more dramatic increase in cloud infrastructure suggests that these platforms were not an embedded part of organizations.

Even though security issues have become more pressing, only 46% of respondents noted an increase in their cloud security investments.

An evolving approach to cloud spend and strategy

Of IT leaders surveyed in Snow’s research, 56% noted that they expected to increase their cloud spend – almost three times as many as those who indicated a decrease (20%). Despite increases in spend, a third of IT leaders are looking for some flexibility in their budget as 31% are renegotiating cloud contracts and 32% are asking their cloud vendors for extended payment terms. Additionally 9% said they would not be able to pay their cloud bills this month. Only 12% noted that the current economic climate would not change their cloud contracts or spend. When digging in deeper on the respondent data, a clear generational trend emerged. Gen Z and Millennial IT leaders are much more likely to increase their cloud spend (68%) versus Boomers (41%). Whereas medium-sized companies are more likely to not be able to pay their cloud bills versus enterprise companies (11% vs 6% respectively).

As usage figures continue to rise, and investment continues in cloud, it only makes sense that 91% of IT leaders surveyed said that they also expected some sort of change to their cloud strategy.

Of the strategic changes being pursued, the most popular include:

Surprisingly, 21% noted that they were bringing cloud workloads back on-premises. Despite the potential for repatriation of the cloud, it seems that IT leaders are embracing a hybrid cloud reality. And, only 21% are putting digital transformation initiatives on hold. Now – more than ever – it’s important for IT leaders to ensure they have visibility into their cloud usage, contracts, and spend so they can continue to counsel their organizations on how to thoughtfully leverage this technology for optimal business value.

how a return to the office may impact cloud usage

While many businesses have stated that they will continue to allow their entire organization to work remotely for the remainder of the year or more – and some are making even bigger moves like those from Facebook who stated they are willing to allow workers to work remote permanently – many are planning for, or have begun, a return to the physical office. When employees do return to their offices, the culture of work is likely to undergo significant changes. When considering potential changes to current cloud usage as offices and businesses start to reopen, IT leaders surveyed believe:

Worker behavior has certainly changed during the pandemic, and while many of these habits will become ingrained within organizations, these figures likely reflect that strategies are shifting and transformations are accelerating. The rush to the cloud may have proven that it is a better, more agile and scalable approach, and one that reduces risks in the future.

IT leaders also have strong feelings about planning a return to the physical office. When asked about going back to their workplace:

There was a notable demographic difference between C-level and middle management. While 45% of CIOs are eager to get back to the office, only 30% of managers feel the same way. Conversely, 34% of managers would like to continue working from home even after their office reopens compared to just 18% of CIOs. This may foreshadow some cultural challenges within IT unless senior leaders keep an open mind when it comes to how their teams operate.

a more positive outlook on the relationship between it and employees

Dealing with the various developments in the current climate has resulted in some good news: 82% of respondents said they have noticed a positive change in employees’ attitudes towards IT. This is a significant shift from the occasionally adversarial relationship that workers and IT have struck over the past several years. As buying power has moved to employees and business-units, with IT still held responsible for any technology problems, it seems that employees and IT have turned a corner towards a more symbiotic relationship.

The IT leaders surveyed noted that employees at their organization:

The human experience has always been at the center of IT and its mission. Technology enables us to be more productive, efficient, innovative, cost-conscious, informed, connected… and the list goes on. However, the survey did not ask whether IT leaders felt this change would be a long-term adjustment. Hopefully the “new normal” includes a stronger working relationship between IT and end users.

Finally, when asked which of the applications beyond core IT software have been lifesavers during the current crisis:

This may indicate people are leaning towards tools that provide connection – and not just those that offer entertainment.

As the global pandemic continues, there may be many versions of the “new normal” that come to life as a result of the situations that organizations, IT leaders, employees, customers and partners face. Striving for visibility across your technology stack will be critical as continuing investments and cost optimization measures take hold.

If you are looking for best practices and advice to help you manage through the pandemic and beyond, be sure to check out Snow’s essential resources center for guides, blogs, videos and more. 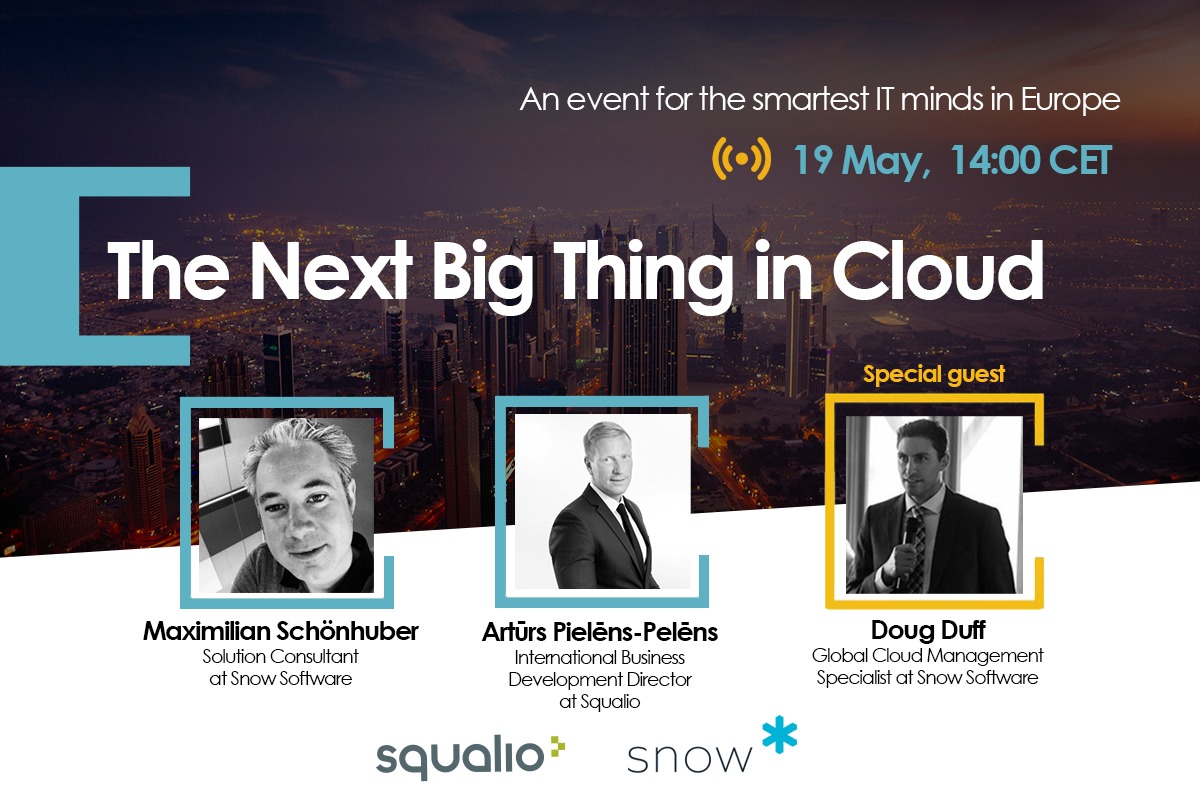